EXCLUSIVE: Michael Jackson’s “She Was Loving Me” 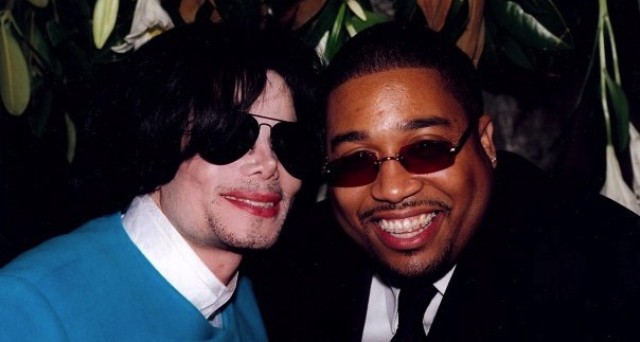 The Grammy Awards is perhaps the most prestigious annual awards ceremony the music industry has to offer. Each and every year, the who’s who of music—singers, songwriters, producers, engineers, and record executives—gather to honor the industry’s greatest talents, with a chosen few earning the highest possible accolades in their respective fields and categories.

Michael Jackson was all too familiar with the ceremony, and the accolades for that matter, having won thirteen Grammys throughout his four decades in entertainment. Jackson made a mark on the music industry like no other before him, taking home an astonishing eight awards during the 1984 Grammys at the Shrine Auditorium in Los Angeles, California—seven of which were for his record-breaking Thriller album; the eighth for his contributions to the E.T. the Extra-Terrestrial storybook.

Fifteen years after Jackson’s historic Grammys domination, the Shrine Auditorium yet again played host to the star-studded ceremony, with the biggest names in music flocking to L.A. to attend The 41st Annual Grammy Awards on February 24, 1999.

But as the industry toasted the close of a century, its brightest talent was less than eight miles away, holed up in a Hollywood recording studio with his sights set squarely on the new millennium.

Jackson had been working hard for almost an entire year by the time the 1999 Grammys rolled around, focusing on crafting brand-new songs for what would be his next (and ultimately final) studio album. During the week of the awards ceremony, he was using Marvin’s Room—an iconic studio on Sunset Boulevard, founded as Marvin Gaye Studios and owned by Gaye from 1975 to 1979 before being foreclosed on, sold, renamed, resold, and ultimately restored and renamed again by record executive John McClain, who purchased it in 1997—to collaborate with talented songwriter and producer Elliot Straite; better known in the music industry as “Dr. Freeze.” McClain, who was managing Jackson at the time, orchestrated the collaboration between the pair.

Jackson’s record label, Epic Records (owned by Sony Music Entertainment), was hoping to release the singer’s work-in-progress album at some stage before the new millennium. However, after several postponements, it became apparent that Jackson was not at all concerned with meeting their desired deadlines. As of early 1999 the label had not heard any of the new material he’d recorded over the past year. But that was about to change.

Cory Rooney, Senior Vice President of Sony Music Entertainment at the time, remembers being invited to the studio by Jackson for a rare listening session with some of his fellow executives from Sony Music and Epic Records.

“Michael invited us to the studio to listen to some music because we were all out there (in Los Angeles) for the Grammys,” recalls Rooney.

The prospect of hearing what Jackson was working on was mouth-watering for the executives at the label.

“For Michael to want to unveil some music, that was a big treat for us because he never did anything like that,” Rooney explains. “You would rarely get the chance to hear what he was working on.”

Naturally, the Sony/Epic team, including Rooney, took Jackson up on his extraordinary offer and attended the Marvin’s Room studio, where Jackson was set to debut the music for them.

“It was myself, Tommy Mottola, John Doelp, Polly Anthony, and David Glew—all the top Sony Music and Epic Records people,” recalls Rooney. “So we walked in the studio and he played one record. Just one record.”

The song Jackson showcased during the listening session was the Dr. Freeze-produced “Break Of Dawn”—a track that would ultimately be released on the Invincible album two-and-a-half years later.

Although they went in expecting to be shown more than just one song, the executives were thrilled with what they heard. Tommy Mottola in particular commented that if the rest of the record was as good as “Break of Dawn,” they had a guaranteed smash hit album on their hands.

Mottola’s appetite had been whet [and] he wanted to hear more. Jackson indicated that he would oblige Mottola before long, with Rooney recalling that “Michael promised us that he would send another record a few weeks later.”

During their flight home from Los Angeles to New York, Mottola proposed that Rooney—who had been achieving huge success producing hits for a host of other artists—should write and produce a song for Jackson to record. Rooney jumped at the chance, getting straight to work the moment he arrived home from L.A.

“So I got home, went in my house, and I wrote this song,” recalls Rooney. “I did the music at my house, then I brought the musical track to the Sony studios to work on the demo.”

When working on the lyrics for the track, Rooney took inspiration from a conversation he’d recently had with one of Jackson’s collaborative partners—prolific songwriter Carole Bayer Sager—who urged him to write a song that tells a story. “[Michael] loves to tell a tale,” Bayer Sager told Rooney, so putting that advice into practice, Rooney went about writing a story for Jackson. That story became a song called “She Was Loving Me.”

Rooney had barely finished piecing the track together at Sony Studios when Mottola heard it for the first time.

“Tommy (Mottola) came in the studio with Danny DeVito,” recalls Rooney. “It’s funny; Danny was intrigued. He loved the track so much he was like, ‘Play that again, play that again. Oh my god, this is amazing!’”

Mottola was impressed as well, and insisted that Jackson hear the track as soon as possible.

“Tommy took a very, very nasty, rough, scratch demo, and he said, ‘Man this is a great song. I’m sending it to Michael right now.’ And he sent it to him, just in its rough stage.”

Initially Rooney was apprehensive, concerned that sending Jackson his incomplete demo may deter him from wanting to record the track.

“I was actually like, I don’t know if that was a good idea,” recalls Rooney, “because, you know, if he’s gonna hear it in its rough stage, then I might have blown my opportunity.”

Mottola sent Rooney’s rough demo to Jackson that night, a Thursday. Jackson, who was still in Los Angeles at the time, got it the next morning.

“Tommy sent it on the Thursday; Michael heard it on the Friday; and I promise you, by that Monday, [Jackson] was in New York,” recalls Rooney. “He called my house and he said, ‘I’m ready. I’m prepared. I’m ready to sing the song.’ And he was ready. I was blown away.”

Despite already being an accomplished songwriter, producer, and record executive, the opportunity to work with the King of Pop was a humbling honor for Rooney.

“I’d already had so much success in my career with Mariah Carey, Jennifer Lopez, Marc Anthony, Mary J. Blige, and Destiny’s Child,” says Rooney. “Then all of a sudden you’ve got Michael Jackson calling you and saying, ‘I love your song.’ I couldn’t believe it.”

The Hit Factory recording studio at 421 West 54th Street in New York City would become Jackson and Rooney’s home for nearly a month, between late March and mid-April 1999, during which time they recorded Jackson’s vocals and worked further on the track.

Rooney was anxious about what the experience might be like with Jackson, and what the King of Pop’s creative process was when recording other people’s songs