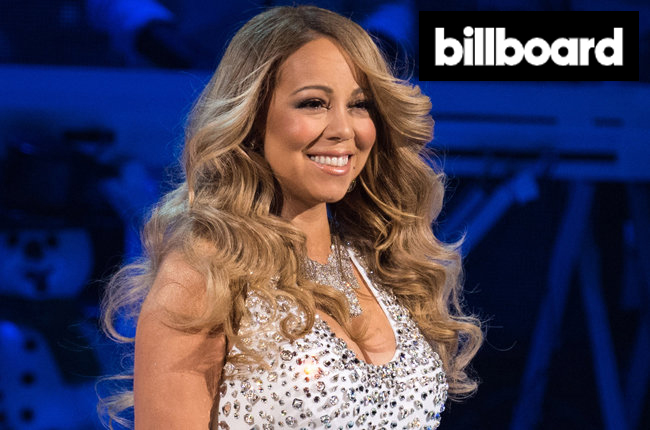 Below, Dave Hall (the song’s writer/producer), Cory Rooney (the A&R rep on the song), and Nashiem Myrick (engineer) tell the story behind the singer’s iconic hit.

Rooney: As powerful as Tommy Mottola was, and as much as he controlled the world of pop music, he really had no reach in the world of urban music. I had come from Uptown Records (Mary J. Blige’s What’s The 411? and things like that) so right away, as an executive, he would defer to me. It started with me connecting him with Dave Hall [a producer for Blige, among others].

Rooney: Tommy said, “Man, who could we get to remix this record, bring it to the center of pop and urban?” And without even hesitating, I said Puffy. I knew Puffy from the Uptown days — since he was an intern for us there.

He’s so rude sometimes, but there’s a method to his madness. He would just bluntly come in, like, “Oh my god, that’s whack — erase that.” And you’re looking at him like, “Who the hell are you? You’re not a musician, what the hell do you know. You don’t know shit about music.” But when you backed away from the board, you’d go, “Damn, this shit is alright.” Just raw hip-hop. That’s what his ears told him to do, and he did it. You got to respect the ears of someone like Puffy — he was a consumer more than anything.

First Tommy shot it down. He said, “We need someone more musically inclined.” I said, “Tommy please — we need the opposite. We need a guy who’s going to completely disrespect this record.” That was Puffy in my eyes, all day long. He ran it by Mariah, who loved the idea because she was a huge fan of Puffy’s. I reached out to Puff right away, who said, “Absolutely not, she’s whack. I’m on a little streak right now.” You know that’s the way he talks. He said, “I don’t need no whack juice on me right now.”

So I sent him some stuff [about her], and he called me about an hour later, saying, “Yo, you didn’t tell me she sold like 28 million records. You think they’d give me $60,000 to produce this?” I said, “Yes, I can get you that, no doubt about it.” Lo and behold, without hesitation, Mariah, Tommy, everybody agreed to give it to him.

He showed up to the studio and within 15 minutes, he said that the first problem with the record, other than all them corny bells and shit, was they looped the wrong part of the sample. That ain’t the hot part. He said you had to get the break part and the drums, that’s the part that’s hot. Then he did his parts on there (“What you gonna do when you get out of jail/I’m going to do a remix”).

Puff had Mariah sing certain things over, but she was never in the studio with him. At the time with Tommy it was like, this was his wife. And it’s young Puff, who’s all over the place. Once that came together, the only thing missing was a rapper. Puff said he wasn’t going to rap on it, but Mariah suggested ODB, because she loved what he did with SWV. She loved his records, period — all the Wu-Tang stuff. We would ride around in her limo, and she’d have a little pink boombox, listening to friggin’ ODB records. And the look on Tommy’s face…like, “This is the most ignorant shit ever.” He was miserable. But it’s what she loved.

Rooney: I reached out to ODB and he wanted $15,000 to rap on the record. At the time, that was a lot of money, but it really wasn’t for Mariah Carey’s budget — so, no problem. He finally showed up, three hours late, and when he got there, it was about 10:30 at night. He had been drinking, and was on the phone when he walked in. Irate, screaming at some girl how he’s gonna come kill her, he’s going to kick her ass…and then whispering, “I love you.” Then screaming again. This went on for an hour.

He finally came out and was like, “Yo, pardon me, this bitch is driving me crazy. I need some Moet and Newports before we get into this record.” I said, “It’s 12:30 at night now bro, I don’t know where we’re going to get Moet from.” He started yelling at the assistants, calling them white devils, saying, “You white devils, y’all don’t want black people to have shit.” They went out for like an hour, and the only thing they could find were some Heinekens. He was so disgusted, he threw a bottle on the floor.

At this point Mariah had been calling every hour on the hour, wanting to hear something over the phone. Tommy was pissed because Mariah was keeping him up, so he finally got on the phone with ODB — and after that, finally we started to record. He said one line — “me and Mariah, go back like babies with pacifiers” — then paused, said, “Yo, I need to take a break,” and went to sleep for 45 minutes. He woke up and was like, “Yo, let me hear what I did so far.” We played his one line back, he sang another line or two, and then slept for another hour. He would come up with a line, punch that in, go to sleep. He went to sleep 3 different times in the middle of trying to get that one verse done. If you listen to the record now, on his verse, you can hear that it’s punched in in pieces. He actually told the engineer, “Y’all better have your shit set and record it right, cause I’m not doing it twice.”

I stayed in the studio until we finished it. So I was sleeping in the studio when Tommy and Mariah called me, and said they loved the record. But Tommy had a bright idea: let’s get ODB back in the studio, and instead of just, “New York in the house,” do [a line] for every city. I said, “You’ve got to be kidding.” Of course [ODB] wanted another $15,000. He came back to the studio, a little more mellow but dead tired. He’s sitting there picking food out of his teeth — he pulled a piece of food out of his mouth so big it was scary. I was like, “How long did you walk around with that food in your mouth?” Like, it was unbelievable. Then he fell asleep on couch, kicked one shoe off. His foot smelled so bad, we had to let him sleep and leave the control room. Eventually, we got the other parts done and that was that. I thought the story was over.

A week later, it was time to shoot a video. We reached out to him, and he wanted another $15,000 dollars. No problem. So I sent a car to his house and he drank every friggin’ thing in the limo, showed up at Rye Playland [in New York], and went to his trailer. I had asked him, “Do you need the stylist to buy clothes for you?” He said, “Nah, this is hip-hop — I’m just rocking some jeans and Timbs.” [That day], he was in the trailer, in and out of consciousness, when I said, “We’re getting ready to do a scene.” He said, “I don’t got no clothes, how am I going to do a video if I ain’t got nothing to wear?” I started screaming at him.

Tommy told us take my corporate credit card to the mall. ODB disappeared for a minute, and we found him in a store trying to buy Louis Vuitton luggage. He said, “I’m going to use it for a scene.” He came back [to the set] with all these bags of Tommy Hilfiger clothes and Timberlands.

It was finally time for him to do his scene, and I promise you, he put on a pair of jeans and Timbs, and said, “I’m not going to wear a shirt, I don’t need no clothes.” I wanted to shoot him. He was like, “I have an idea — I want to tie up the clown.” Plus, Mariah turned him on to peach schnapps, which she used to always drink. He drank like two bottles of that. So between the hot sun and him drinking two bottles, what a disastrous day that was. The video was a miracle, a real miracle.

Rooney: One night, we went to dinner at Sylvia’s in Harlem — me, Tommy, and Mariah. On our way back, we were riding in the limo and every club, every car was bumping “Fantasy.” Mariah put her sunglasses on, and tears came down her cheeks, because she couldn’t believe her record was getting played all through the hood. That was the beginning of her not turning back to pop.

She once told me though she was grateful for her success, she would trade in all of her record sales to get the respect that Mary J. Blige got. She said, “Mary doesn’t have to sell 28 million records to be respected — people respect Mary, and I just want to be respected like her.”

Billboard reached out to reps for Puff Daddy, Busta Rhymes and Mariah Carey for this story.