Diddy, The Fat Boys, and Karaoke Demos: A Look Back at Mary J. Blige’s “Real Love” 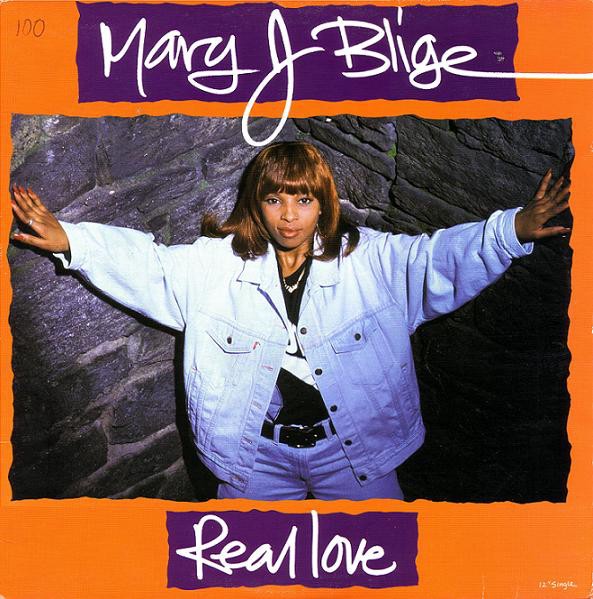 Not long after signing to Uptown Blige started working on songs for her debut with the songwriting/production duo Mark Morales and Cory Rooney. According to Rooney’s 2012 interview with Turning Point with Frank MacKay, he was introduced to Morales — also know as Prince Markie Dee of The Fat Boys — after their mothers met at a party. After realizing they had a mutual love of music, Morales was won over by a demo tape of Rooney’s early work and the two soon moved in together to focus on their craft. From there they landed their first major production break on Father MC’s Father’s Dayand later co-produced four records for Blige’s What’s The 411? debut.

In the same Turning Pointinterview, Rooney says he knew the “Real Love” instrumental had potential to make waves when he first created it two years before the release of What’s The 411?. Utilizing a potent mix of Audio Two’s “Top Billin’” and some simple but beautiful piano keys, the song was hard-hitting enough for hip-hop heads and soulful enough for R & B fans.

There was one slight problem — according to his appearance on Turning Point Rooney wanted to take out the “Top Billin’” percussion and replay it after realizing the sample could cost him dearly. But a 19-year-old Sean “Diddy” Combs — then an A & R at Uptown who was already demonstrating an impeccable ear — wanted to keep the record as-is. Adding strength to Puff’s argument was the fact that Audio Two only wanted a modest 27% cut of the publishing money for the use of of their song. “That’s how much they were generous enough to take,” Rooney explained in his interview with Turning Point. “They had the right to take 100%.”

“Anytime she was around, we’d all look at each other and say, ‘Let’s get Mary to sing.’ When she finished singing, we’d all be teary-eyed.”- Karen Smith

Both men were dead set on having the track fit their vision, but it was Diddy who eventually won the argument. His insistence on using Audio Two’s drums ended up being the right call, as “Real Love” quickly made its way to #7 on the BillboardHot 100 and #1 on the US Hot R&B/Hip-Hop Songs.

Looking back on the experience of making “Real Love”, Rooney felt that his disagreement with Puffy taught him a life-changing lesson: sometimes you have to be humble and listen to your audience to make the right record. “He, at that point, had the ears of the consumer,” Rooney told Frank MacKay. “I realized that the very person that I’m making a record for and the person I’m trying to please was him. OK? I’m arguing with the consumer. Once I lost that argument to him it taught me a big lesson.”