Exclusive: Our Interview With Laura Pieri 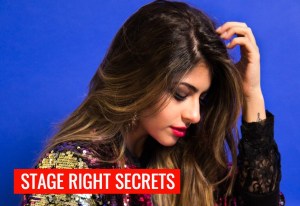 Yes, Laura Pieri’s career is still in its early stages. That’s not going to stop her in any way from taking a stand and making her own choices. Even if it means a total re-launch!

SRS: Tell us the story about your music video re-launch.

LP: We had previously launched “I Will Follow You”, but after the events that happened in Florida, I had to step back and re-assess the message that was being put forth. I didn’t want to romanticize gun violence, and felt that this was important enough to take the original video down and re-edit it.

SRS: What’s next after promotion is done for “I Will Follow You”?

LP: We have lots of great records recorded and we are looking to release them according to feedback from all that’s happening with “I Will Follow You”. I really want to give this record all the attention it deserves. There are also a few opportunities to act but it’s all a big secret as of now.

SRS: Your first single is in English. In the future will there be songs in Portuguese or even Spanish?

LP: Absolutely! Singing in my native language and in others is something I have wanted to do for a while, but I think it’s a journey for the future. I want to explore singing in English more before I branch out.

SRS: How does New York City compare to São Paulo?

LP: In all honesty, there are times that it seems really foreign, and there are times where I can’t even tell the difference. The traffic is definitely the same! I feel right at home in New York. It’s the people that make the difference. New York is so international, but it’s not where I grew up. My home will always be São Paulo, and there are certain smells and sounds that are unique to it. Those are the things I miss the most!