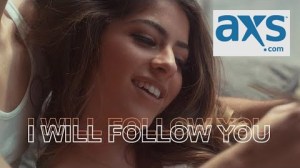 Singer Laura Pieri isn’t just making her name in pop music; she’s also making her voice heard on one of America’s most important issues. Pieri has re-released the music video for her single “I Will Follow You” without its previous references to guns as a way to show her support for gun control and victims of gun violence. You can watch the new version of “I Will Follow You” by playing the video above.

The Brazilian-born, New York-based Pieri was motivated to make the change following the tragic shooting at Florida’s Marjory Stoneman Douglas High School in February, according to an exclusive email statement she sent to AXS.

“After the original launch of ‘I Will Follow You’ and the recent events that happened in Florida, I felt like it was necessary to re-assess the image that I was promoting,” Pieri said. “I didn’t want to romanticize gun violence, as it is a very serious issue. I want to [send] a message of light and good! If that means I have to take the original video down and do it again, I’m okay with that.”

Changing a music video is a significant move for any artist, but perhaps moreso for Laura Pieri, since “I Will Follow You” was her debut single and thus the video was her first impression on audiences. In altering the video she’s demonstrating sensitivity toward recent events and very real concerns, but she’s also making a statement that she wants her music to be about more than just entertainment. Pieri is emphatically showing an awareness of how her music might affect others and a commitment to making sure that effect is for the better.

The revised video turns a song about young love – perhaps one of the most common themes in pop music – into a statement and should put Laura Pieri on every pop fan’s radar. “I Will Follow You” is a promising single for a future album, with good vocals and a catchy hook, but the story behind the new video makes it mean more than the average pop song and says a lot about this up and coming singer. She’s still figuring out her sound as a developing artist, but Pieri has definitely found her voice.

“I Will Follow You” can be streamed on Spotify. Laura Pieri does not currently have any tour dates scheduled in support of the single, but music fans can keep abreast of future tour dates on her Facebook page.