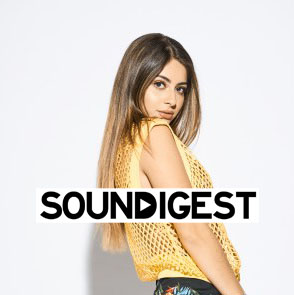 Born and raised in Brazil, Laura Pieri is ready to captivate the United States after being discovered in New York City by Grammy Award Winning producer and writer Cory Rooney. We recently got the chance to talk to Laura and learn more about the young woman behind the powerhouse vocals and her debut single, “I Will Follow You.” Trust me, you’re going to fall in love with her!

Hey Laura! We’re so excited to talk to you today and learn more about who you are as an artist. When did you know you wanted to be a musician?

It’s really something that I feel like I’ve always known. When you’re young, everyone wants to be a singer. I really just stuck with it!

Often times, it seems like people rise to fame overnight. You were discovered in New York City by Grammy Award Winning producer and writer, Cory Rooney. Tell us a little bit about everything that lead up to that milestone in your career.

It really has been a little hectic. Coming to the United States has been a big milestone, leaving my life in Brazil and coming here. But meeting Cory has really been a case of being at the right place and at the right time for me. We both had an acquaintance in common and one day we just met and got in the studio. Then it just really clicked.

And what does life look like for you since you began working with Cory?

It has been surreal. Cory has really taken me under his wing, so I honestly see him as a mentor. So at the same time that he’s introduced me into the world of entertainment and business, he’s also made sure I get to live my life as a young adult.

Who are some of your musical influences?

Michael Jackson has, for as long as I can remember, been one of my biggest inspirations. His music got me into believing in myself. Aside from him, I’d have to say that both JLo and Shakira have inspired me. They have really redefined what it’s like to be a Latina performer. I would say I definitely hope to follow in their footsteps.

Your single “I Will Follow You” was released earlier this summer. What was the creative process like? How did you know this was the song you wanted to be released as your debut single in the United States?

“I Will Follow You” is one of the last songs that we worked on. The song really talks about an all-consuming love that is relatable to everyone, at some point. The feeling of having someone whom you’d follow anywhere. This then inspired the video, and when we had the video concept, we just knew this would be the song.

If you had to describe what kind of feeling you wanted people to get when they listened to your music, what would it be?

Honestly, I really want for it to be a party! I want people to be able to connect through my music, and to just have fun.

Can we expect to see you on the road anytime soon?

What’s next for you? What should we keep our eyes out for?

More music coming soon, and “I Will Follow You” on stage soon too. I’m really focused on creating and sharing more music in these coming months.