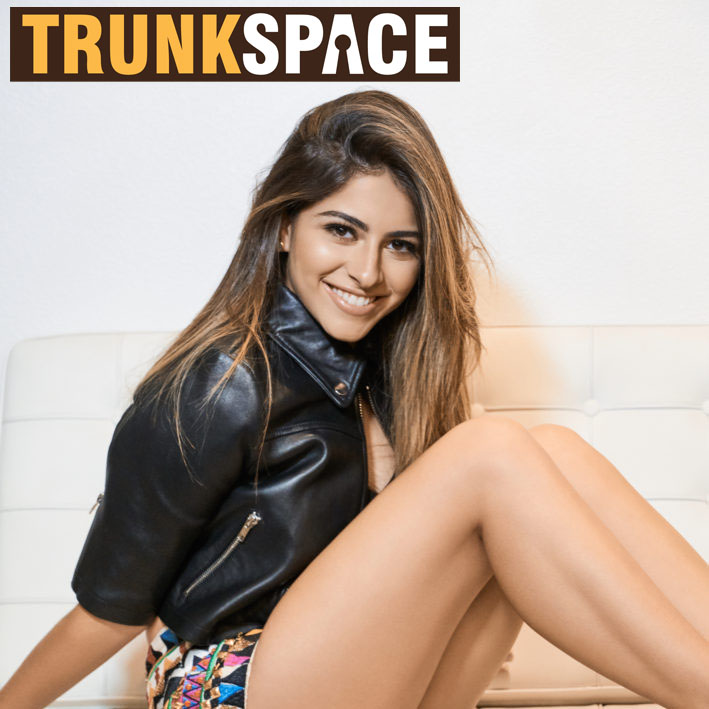 Discovered by producer/writer Cory Rooney (Jennifer Lopez, Mariah Carey), Brazilian-born pop artist Laura Pieri is ready to take the music industry by storm. Her debut single “I Will Follow You” dropped in July, serving as her official introduction to American eyes and ears, and now, a combination of hard work and fate will decide if she will reach the same super stardom status as some of her iconic influences, including Michael Jackson and Shakira.

We recently sat down with Pieri to discuss career butterflies, how her Brazilian roots will always shine through in her music, and the universal themes that we all can relate to.

TrunkSpace: Your first single in the U.S. dropped in July. What was that build up like in terms of waiting to make your official introduction to American music listeners?
Pieri: It was really intense! This project has been kept as a secret, that only a handful of people knew of and listened to. Now that we’re pulling the curtains up and sharing “I Will Follow You,” I certainly feel very excited. The butterflies definitely haven’t stopped!

TrunkSpace: You were born and raised in Sao Paulo, Brazil. How do Brazilian music fans differ from American audiences and did you have to adapt your sound for a more mass market appeal in the U.S.?
Pieri: Well, it was certainly a cultural transition to move here, but as far as my music goes, I can’t deny where I come from; it’s in my bones. However, I do have to be reminded at times that this is not Brazil as I’ll occasionally forget. As far as my sound goes, I really developed it over here, in the U.S., and so I feel like it’s resulted in a really cool mix.

TrunkSpace: You were discovered by Grammy Award winning producer/writer Cory Rooney, who has worked with some of the biggest names in music. How did that come about and we would have to imagine that it was a big confidence booster to have someone who has seen so much talent then see that talent in you?
Pieri: For me it was really a case of being at the right place at the right time. We have an acquaintance in common that introduced the both of us. Getting into the studio with Cory has been an amazing experience. I really hadn’t had much experience before, but watching him work has really taught me a lot. Having him believe in me is still a little unbelievable, but it also makes me feel like I have some big shoes to fill.

TrunkSpace: As we said, “I Will Follow You” was released just a few weeks ago. Is that particular song just one part of a bigger career equation that you already have planned? In other words, is there more music already in the can that we can expect to hear soon?
Pieri: Absolutely there will be more! “I Will Follow You” is kind of the introduction to what’s to come. We have a lot more planned, and it’ll definitely echo “I Will Follow You,” but it’ll also be different.

TrunkSpace: What do you hope to bring to your catalog of music as a whole? Will future tracks be a departure from “I Will Follow You” or do you feel that you have adapted your sound to be sonically an exclusively yours at this point in your career?
Pieri: I believe in evolution, and I think that’s a state that I’ll always be in. I think I will never really have a specific sound, but will just be in constant change. I do think that my Brazilian upbringing will show through in everything I do, so I guess you could say that’s where, sonically, I pull the most inspiration from.

TrunkSpace: Who inspired you to pursue music? Did you have a mentor and/or support system early in your life that gave you the confidence to turn your passion into a career?
Pieri: This will for sure sound super cliché, but Michael Jackson has been one of my biggest inspirations. He’s the one that got me into believing in music and in myself. Growing up my parents always embraced my curiosity and allowed me to be as creative as I could. I remember my mom used to always have to explain to our guests that our dinner parties were “out-of-the-box” because I would, no joke, put on little mini concerts and bring my dolls out to be part of the audience. When you’re five, everyone says they want to be a singer. I really just never changed my mind.

TrunkSpace: What do you think is the most difficult aspect of being an artist in 2017?
Pieri: With social media facilitating communication, everything moves super fast. That makes it hard for me to keep up with how quick the world moves. A song can get super popular in seconds, but it also becomes “old” at the same speed. I struggle with just keeping up with the speed of things without losing sight of reality.

TrunkSpace: You are still in the early stages of your career with a full future ahead of you. If you could have your career mirror another artists’ path, whose would it be and why?
Pieri: Oh gosh, I wouldn’t say I’d mirror anyone else’s career, but I am surely very inspired and aim to follow the latinas that came before me. Both JLo and Shakira’s career have impacted me greatly. I can still remember the first time that I saw Shakira on TV and she was dancing and her hair was flawless and I felt like it was something within my reach, I saw a little of myself in seeing her. I would say I definitely hope to follow in their footsteps.

TrunkSpace: Nowadays artists are branching out into so many different avenues, whether it’s acting, content creation, fashion, or all around entrepreneurial endeavors. Do you see your career going beyond music alone?
Pieri: Hopefully so! Yes! I am really into fashion and art and really hope to expand into those areas soon.

TrunkSpace: What do you want people to take from your music?
Pieri: Fun! Music is a way to communicate with everyone and I make music in hopes that everyone will enjoy it. I hope that’s really what people take away from my music, that it makes them feel good.

TrunkSpace: As mentioned, you’re from Brazil. Your life experiences will be different from those who grew up in Washington or Florida. That being said, there are some things that are universal. What are some of the universal subject matters/themes that you feel always work in music and that you will be singing about now or in the future?
Pieri: Well I think my music deals with things that everyone struggles with or goes through. “I Will Follow You” is about being in love and feeling it so intensely it kind of consumes you. This is something that everyone will feel and go through in their lives. Being a daughter, a student, a girlfriend, and even a friend are all universal things and the emotions that come along with those are too. That’s what I hope to deal with in my music.