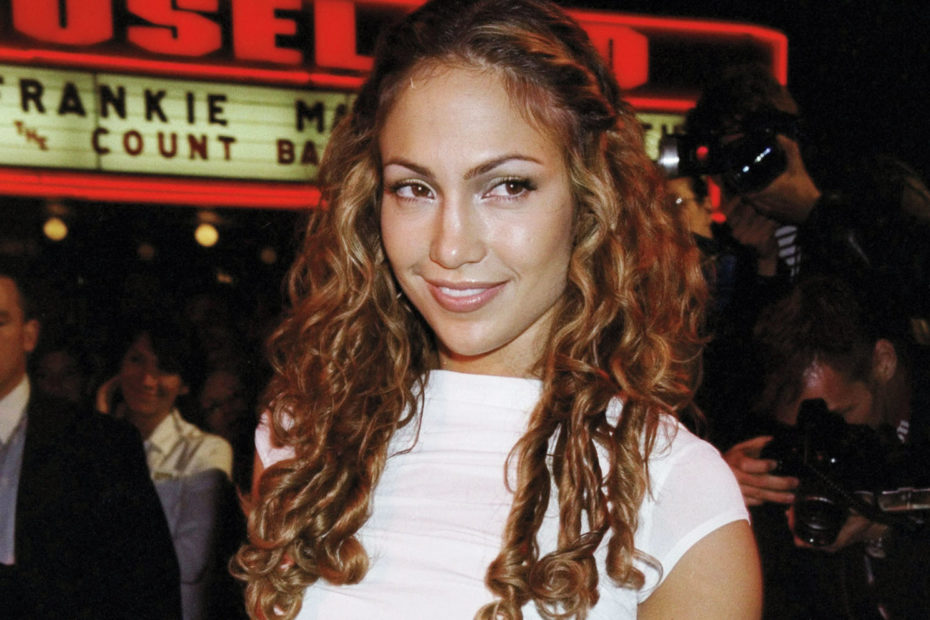 by Joe Lynch
When former Fly Girl Jennifer Lopez decided she wanted to pursue a proper music career, she was just coming off her starring role as Selena Quintanilla-Pérez in the 1997 musical biopic Selena. But she faced plenty of skeptics — even after landing a record deal with Sony. “She wasn’t hearing it, though,” says longtime manager Benny Medina. “It would be like, wait a minute, don’t you understand? This is a girl that popped off In Living Color to become Selena — why would you ever second guess she couldn’t step out there and be J.Lo?” Although some were wary, there were early believers – and influential ones. Once former Sony Music Entertainment chief executive Tommy Mottola heard her demo, he immediately brought her in to sign a contract. “I didn’t know what to ask for,” Lopez says now, speaking from a rehearsal in Los Angeles for her upcoming hits-filled It’s My Party summer tour (it kicks off at the Forum on June 7). “I was so young and clueless at the time, so I said, ‘I want an A-list deal like all the big stars,'” she recalls. “There’s something about being that young — there’s a little bit of ignorance that goes with it, because you don’t know what’s going to happen and so you have all these lofty ideas.”

Her naivete paid off. She inked a deal with Mottola at Sony, and her debut album, On the 6 — released 20 years ago this June 1 — was an immediate smash. “We had everybody who was anybody writing for the project,” says Mottola. “It was every great producer and hot writer at the time.” That included songwriter and producer Rodney Jerkins, fresh off the Billboard Hot 100 No. 1 smash “The Boy Is Mine” by Brandy & Monica. “I didn’t sense any fear in her,” Jerkins recalls. “We knew that if we delivered the right song she could bring it home.” And she did. J.Lo’s debut single “If You Had My Love” shot to No. 1 on the Hot 100 one month after its release and stayed on top for five weeks. It was also the No. 2 contender for Song of Summer in 1999, behind only Christina Aguilera’s “Genie In A Bottle.” “The whole experience was like a fairytale, watching the princess become a queen,” says “Love” co-writer and On the 6 co-executive producer Cory Rooney. “And I felt like her knight.” “If You Had My Love” wasn’t the only hit off the album. Her Spanish-language duet with future husband Marc Anthony, “No Me Ames,” topped the Hot Latin Songs chart, and her club classic “Waiting for Tonight” hit the Hot 100’s top 10. On the 6 itself moved 1.9 million units in the U.S. in 1999, according to Nielsen Music, and has since sold another million. “[The album] showed us that Jennifer was going to go way past what our expectations were,” Mottola says. “She was relentless as a worker. Always on time, always pleasant, and unlike a lot of people, very grateful and thankful.”

Looking Ahead: A Release Calendar for Upcoming Albums

Lopez: Tommy and Cory, they really gave me the confidence. Even meeting Marc on that first album, and me looking up to him so much as a singer, and him saying, “You have a beautiful voice, don’t be scared”; they could tell I was insecure but there was something there and they wanted to bring it out in me. And we did through the process of making the album. “Let’s Get Loud” Co-written by Gloria Estefan, one of Lopez’s influences, the salsa-indebted party-starter has since become an anthem at sports games. Mottola: That one is funny. That one was like a demo, it’s not much of a song, it’s really more of a chant. We used that particular, I’ll call it a chant, to do a screen test with her for lighting for different video directors. Now you hear cheerleaders do it at football games – it’s become an anthem at sports event. I’m happy and proud about that. “Shoud’ve Never” The second track on On the 6, this adult contemporary-oriented ballad from Lopez’s pen actually pre-dates the album recording process. Medina: Before she had recorded a note of this first album [she had demos], a mix of English and Spanish language. But there was one in particular that struck me, and I never forget it; I always think about it because she had written it, and I’ve always encouraged her to do more writing because she’s a really profound thinker. It was a great personal reflection of who she was. That song was “Should’ve Never” and I still remember hearing it. I was like, “wow, you wrote that?” That ultimately was what she went into the room asking writers to do — to tell a story relevant to who she is and is seen as. “It’s Not That Serious” A rollicking, confident hip-shaker that plays to her Latin roots, “It’s Not That Serious” came out of the home of another pop icon. Jerkins: Myself and a guy named Loren Dawson, we were actually working out of Whitney Houston’s house. Whitney Houston had a studio in her house and I was working there, I had rented her guest house for a whole month. And my thing was I wanted to create as many tracks as possible while there. And we went into this Latin flavor type of vibe one day and I was like, this could work with Jennifer as well. So I sent it over and everybody agreed. That was Jennifer’s idea to give it some Spanish [lyrics] on top. It wasn’t demo’d that way, she added that. On the 6: Tim Robbins’ Role In Naming the Record Lopez: I was thinking of all these different names for my album. My agent at the time, who is now my producing partner, Elaine Goldsmith-Thomas, represented Tim [Robbins] at the time as well. I would be at the studio ’til all hours of the night, and one night I went to her apartment — she was like, “I’m having a few people over, come over.” And Tim was there, he was in the backroom, and I went back there, and we sat for a second. I said, “I’m trying to name my album right now,” and he was like, “Where did you grow up?” I was like “I grew up in the Bronx.” And he was like, “How did you get there, from the Bronx to where you are now? How did that happen, what was that journey like?” And I said very innocently, “well, on the 6,” and he said, “well, that’s the name of your album.” I was like, “You think so?” And he was like, “Yeah, it has so many meanings to it.” It was a clever thing, and I was like, yeah, I think I like that. The next day I went in and told Tommy “yeah, I’m gonna name the album On the 6 — the 6 train [a New York subway line that runs from the Bronx to Manhattan].” And that was that. A version of this article originally appeared in the June 1 issue of Billboard.