Media, Music, and Branding at the forefront of engaging content in a digital world. WHO ARE WE? Cory Rooney Media Group is a collection of creative executives from across the entertainment and business landscape. We’re also artists, storytellers and dreamers. We’ve watched our industry ebb and flow, adapt, evolve, change and revert back again. With more than a century of combined experience in the entertainment industry, we’ve been a part of over a 1 billion dollars in music sales and reached hundreds of millions of television viewers with our television series. In every sense of the word, we are hit makers and award winners. We recognize we are at an amazing confluence of technology, information sharing, art and entertainment. The Internet has proven to be a great leveler, throwing out the old rules of distribution and monetization and forever changing who gets to be the tastemakers and innovators. And we’ve never been more excited to be in the game. 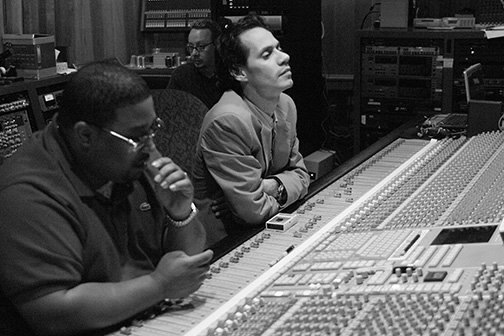 CRMG is dedicated to providing a full suite of media services, including music and branding, to businesses and talent looking to increase their potential for success. To date, these services are dominated by traditional agencies and production companies that focus on broad and traditional media development. We believe in doing things a different way. By working directly with networks, clients and brands, we’re able to offer personalized solutions and practical action plans that best match consumers with the programming, music and video they’re already looking for.

That said, we’re not trying to reinvent the wheel when it comes to distribution. The current media landscape is ever changing, but with our deep, long-standing relationships across broadcast, cable and OTT outlets, as well as our ability to recruit much sought after celebrity partners, we feel we can provide exactly the type of programming that will fit the diverse needs across the spectrum.

the man with vision

Cory Rooney is one of the music industry’s “native sons”. Raised in Jamaica, Queens, New York by hit-making parents Herb Rooney and Brenda Reid of ‘60s group The Exciters, Cory’s own love for music was reinforced at an early age. Cory Rooney has an undeniable track record in the music business having created a historic legacy. Cory Rooney’s albums have sold over 100 million copies worldwide with many exceeding the 1 million records-sold mark.Cory’s star began to rise at Uptown Records in the late ’80s where he wrote and produced major hits like Real Love and Sweet Thing for the then-unknown “R&B Icon” Mary J. Blige. His success at Uptown drew the attention of Sony Music chief Tommy Mottola, who brought Cory to Sony where he served as Senior Vice President of Sony Music Entertainment.

Among his many responsibilities, Cory was charged with identifying and developing new talent, guiding the careers of established artists, producing and executive producing projects in a wide variety of genres, composing material for new and established artists, and overseeing an array of writers and producers.During his tenure at Sony Music Entertainment, Cory wrote and pro- duced a slew of hit singles, including Jennifer Lopez’s Ain’t It Funny, I’m Real, and Jenny From the Block. He also worked with other multi-platinum artists including Michael Jackson, Mariah Carey, Janet Jackson, Marc Anthony, Jessica Simpson, Brian McKnight, Mandy Moore, Aretha Franklin, and many more.

Cory has also guided multiple movie soundtracks including: Men in Black, Runaway Bride, The Nutty Professor, and Charlie’s Angels — for which he was nominated for a GRAMMY for writing and producing that year’s #1 hit single, Destiny’s Child’s Independent Women Part 1. The song was later named the 18th most successful song of the 2000s, on the Billboard Hot 100 Songs of the Decade.

Cory Rooney has also achieved success in the world of television as co-Executive Producer, along with Tommy Mottola, of MTV’s hit reality show, The Shop, which was based on his Mr. Rooney’s Barbershop in Jamaica, Queens. In addition, he executive produced VH1’s hit show, Born to Diva, and served as industry-expert judge, along with Patty LaBelle, Gloria Estefan and others.Cory Rooney is the consummate multifaceted music executive, capable of much more than just writing and producing a hit. Now focused on new media powerhouse, Cory Rooney Media Group, Cory is dedicated to finding and nurturing the greatest talent in the world, creating music at the highest level, and helping to forge the future of the media industry.